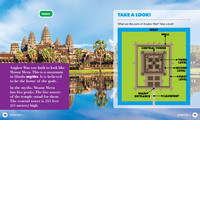 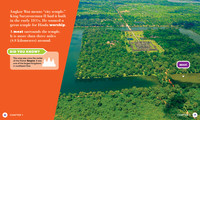 From the Series Whole Wide World

In this book, early fluent readers will marvel at Angkor Wat while learning about its history, location, uses, and architecture. Vibrant, full-color photos and carefully leveled text will engage young readers as they learn more about the landmark's cultural and religious history.

A Take a Look! infographic aids understanding, sidebars present interesting, supplementary information, and an At a Glance recap offers a map and quick stats on the landmark. Children can learn more about Angkor Wat using our safe search engine that provides relevant, age-appropriate websites. Angkor Wat also features reading tips for teachers and parents, a table of contents, a glossary, and an index.

These new books in the Whole Wide World series present exciting destinations around the world to young readers. Each book focuses on one large, famous structure, describing its parts, its construction, and what visitors can see there today.

Chichén Itzá tells how the Maya and Toltec peoples used some of the complex’s buildings, from temple to observatory to gov ernment office.

Easter Island details how the hundreds of famous moai statues were carved in a quarry, then finished after they were removed.

Leaning Tower of Pisa describes the land features that caused the bell tower to lean—and the many attempts to stabilize it over time.

The books are designed for classroom as well as personal use. Though short, they carefully include standard nonfiction elements as well as occa sional trivia and critical thinking questions, diagrams, a final map and set of fast facts, and a note to parents and teachers. Pronunciations are the one missing touch; these would help to guide readers through the names of the sites and their elements in local languages.

Well-chosen stock photos show different aspects of each structure, emphasizing its monumental size and other impressive characteristics. Would-be world travelers will likely be inspired to add these destinations to their lists.

This series continues to balance information with an eye-catching format, highlighting landmarks around the world. There are about three chapters that are six pages long and contain full-page pictures that accompany short paragraphs throughout. The beginning of each title starts with before, during, and after questions for teachers and caregivers to engage readers.

The series takes a look at the history of each location, such as the hundreds of stone statues on Easter Island which “…were made more than 500 years ago” (Easter Island). Vocabulary words are in bold, photos are labeled, and infographics, like diagrams and sidebar facts, make the text easy to understand. Still, some full-page pictures are cut in half by an unnecessary color block that has a small paragraph, but this allows the information to be broken up into pieces. The end of each series includes quick facts and tools, a glossary, index, and how to learn more.

VERDICT: An accessible introduction about historical landmarks for elementary readers. 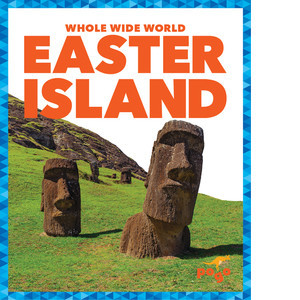 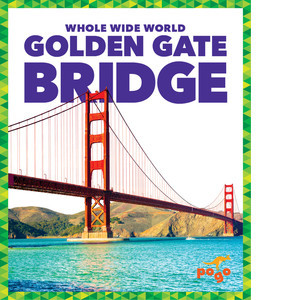 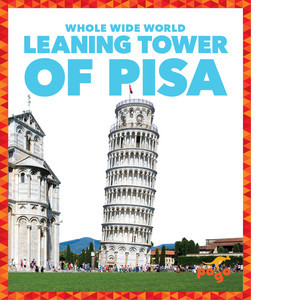 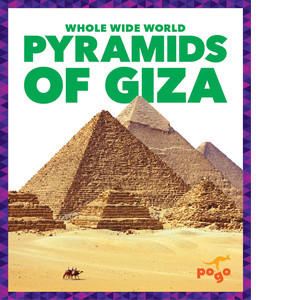 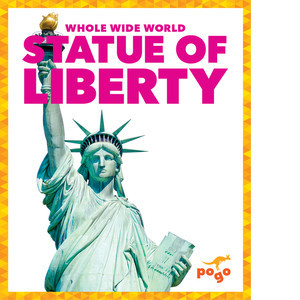 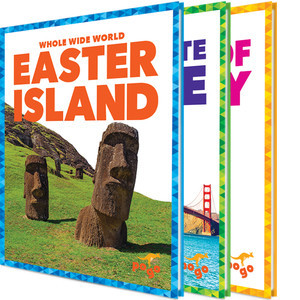