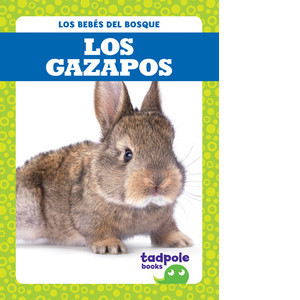 A very simple introduction to some of the more commonly found baby animals in a North American forest. Each title consists mainly of appealing close-up photographs of the creature in question. A few simple statements inform readers of the name of the animal and some of its characteristics. A word review section at the end consists of six thumbnails highlighting the information in the book. Though for the most part the Spanish translation is correct, in Los Kits the Spanish word for a raccoon cub is never provided, leaving it simply as “kit,” which is not a Spanish word. VERDICT An attractive introductory series for little ones, with the exception of Los Kits.