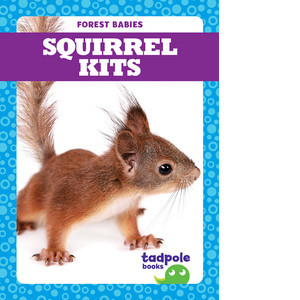 New readers are the intended audience for these short and simple titles. Most sentences consist of a repeated pronoun plus a verb. The words on three spreads from Deer Fawns, for example, are: “It hides. It eats. It drinks.” The intentionally basic and repetitive language is a good fit for beginning readers. The narrative works in most cases. Owlets is less successful because the text seems to indicate a single animal, while the photos clearly show different owls in action. Highly appealing photographs heighten interest and appeal. Skunks at play, a staring owlet, and four climbing bear cubs are especially engaging examples, though a photo of an empty tree in Squirrel Kits acts only as filler. VERDICT Strong animal-oriented choices for kids just learning to read.