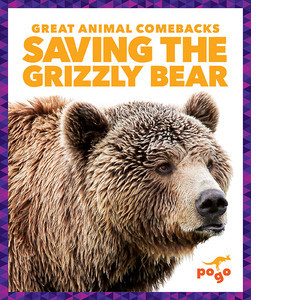 The history and current status of animal conservation efforts are introduced through simple language and solid visual content. Readers learn the major causes of the animals’ decline, plus a bit about the actions taken in response. Government acts are the most frequently cited impetus for population gains, but some specific strategies, such as the use of radio collars to track grizzlies, for example, are included. Current population estimates are provided for all profiled animals except for manatees, where specifics are not included. The frequent use of questions and answers within the text might be disruptive to some readers. Several “Did You Know?” insets per book offer additional facts; some, but not all, involve survival challenges. Clear, well-chosen photographs show the animals in their environment and interacting with humans. A range map adds further visual support. VERDICT This series offers solid roundups of animal conservation success stories.